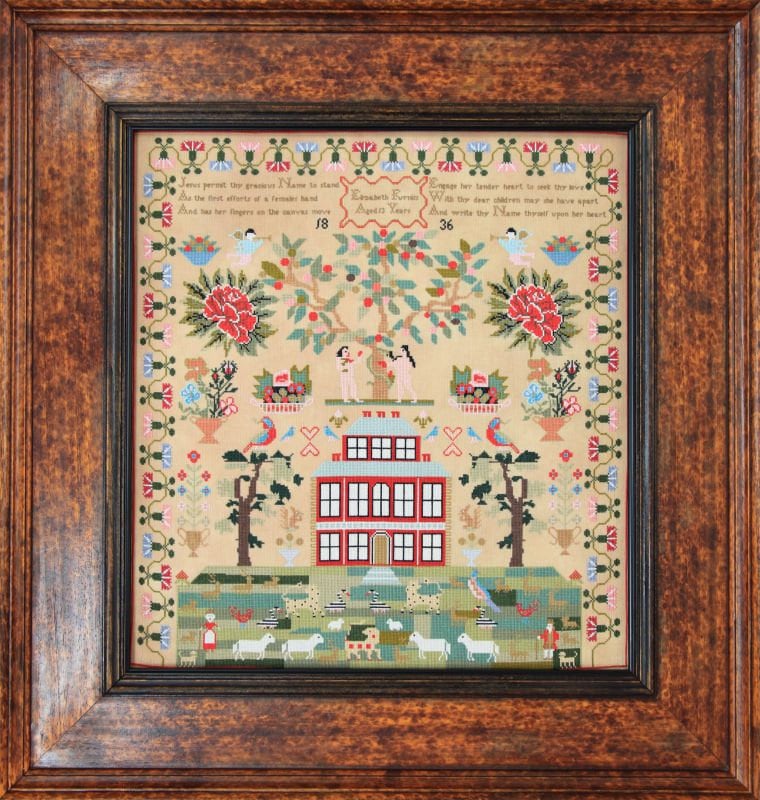 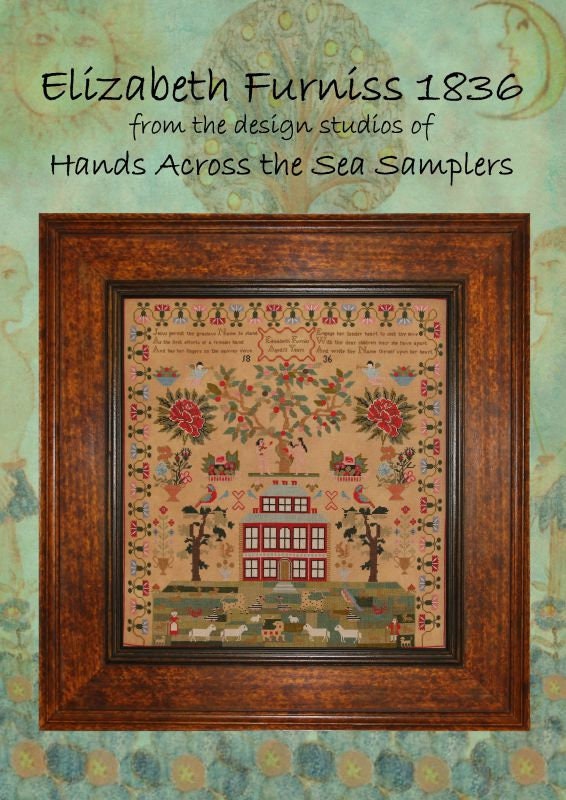 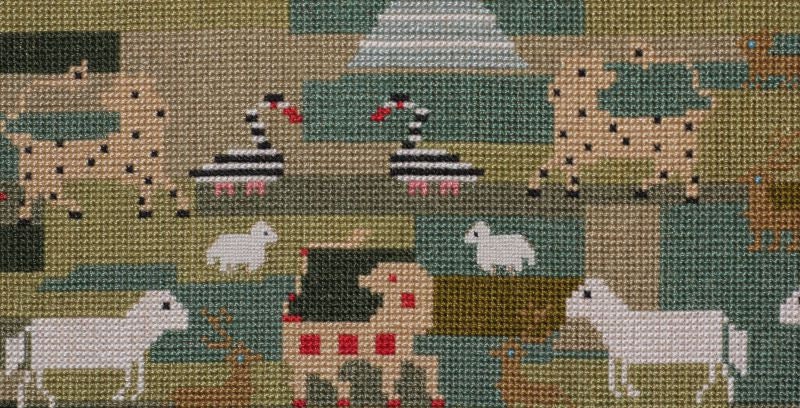 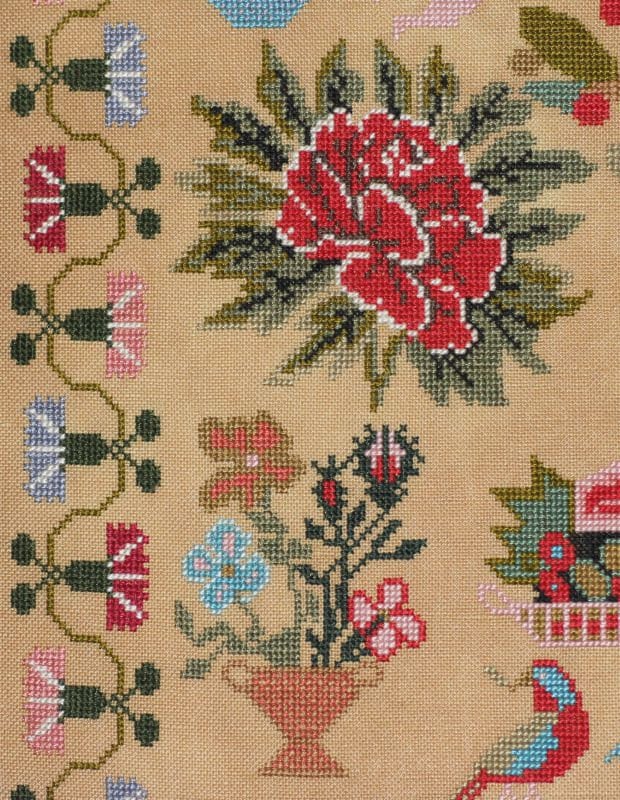 It has been a delight to reproduce this colourful and whimsical sampler which was stitched by Elizabeth Furniss in 1836 (during the reign of William IV) when she was 13 years of age.

There are several girls with this name born around 1823 and when the chart was released it was impossible to say with any certainty which Elizabeth was our stitcher. Subsequently further information has come to light and we are able confirm that “our” Elizabeth Furniss was from Sheffield, Yorkshire.

The sampler is suitable for all levels of ability and is worked entirely in cross-stitch over 2 threads, only the text and two small lambs are over 1 thread.

Elizabeth’s well-known verse, stitched across three lines at the top of the sampler, straddles a central cartouche which bears her name and age.

Verses found on English samplers between 1750 and 1850 tend to be either from the Bible, Isaac Watt’s religious poetry, or the Wesleyan hymnbook. Religious proverbs and sayings were also much favoured, and those which used a rhyme or a play on words.

The sampler is contained within an undulating carnation border and is composed of two sections. Depicted below the verse in the top section is one of the most popular of all sampler subjects – Adam and Eve (symbolising the struggle between good and evil). The limbs of Elizabeth’s magnificent tree spread wide and are heavily laden with apples. An apple in a serpent’s mouth denotes original sin, whereas an apple as a gift signifies a declaration of love. (The words for ‘evil’ and ‘apple’ in Latin are spelled the same – malum.)

Either side of the tree are bright red roses in full bloom, showing the influence of the Berlin wool work patterns from Germany that were starting to become popular in England at this time.

The bottom section features a large red brick mansion house bordered by mature cedar trees and set over a patchwork pasture. This is crammed full with out of scale animals, which adds a wonderful naive charm and rich symbolism to the pastoral scene.

The sampler has many other symbolic motifs, including birds (spirit of the air), squirrels (mischief), angels with trumpets (the voice of God), hearts (charity and love), and numerous pots, urns and baskets full of flowers.

Elizabeth’s sampler has been charted with AVAS with a DMC conversion provided. The model was stitched on 40ct Lakeside Linen Vintage Sand Dune.
The design area is 347 stitches (w) x 358 stitches (h).

**Most international shipments are usually delivered within 10-20 business days but extra time must be allowed for delays due to inbound Customs.

**Our team is working as hard as possible to get orders out the door on the same day to minimise any potential delays.
**All orders lodged since 4 April 2020 for fabric lengths of 1 yd and over have been shipped with tracking.

**PLEASE BE RESPECTFUL. The whole world has been affected by COVID-19. Circumstances continue to evolve and change. We sincerely regret delays to your deliveries, and feel your frustrations, but some things are out of our control. Not only will rude and threatening behaviours not expedite your delivery, it inflicts harm on others.

Please allow extra time for deliveries if you live in regional areas (I am sure you already know this!), at peak times and public holidays (such as Christmas) and during significant weather events and other natural disasters.

Fabrics may not be returned (unless of course it is our mistake).