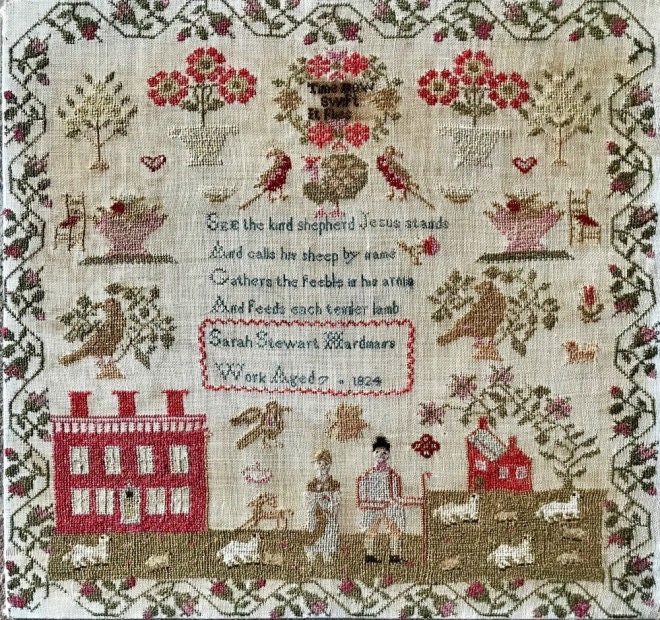 Sarah Stewart Hardman’s sampler to life nearly 200 years after she stitched it in Wakefield, York, England, where she lived her entire life. In addition to its naïve charm, Sarah’s sampler is remarkable for two reasons: It was created by a child of only seven years and it predates a very similar sampler that was stitched in the same area of England 15 years later. While quite meticulous for a child of seven, careful observation of Sarah’s work reveals her propensity for crossing threads in different directions, stitching over three threads here and one thread there, and ad-libbing when she decided not to conform. To that end, we opted for consistency, endeavoring to stay true to the original while eliminating several major counting headaches.

Reliable seller all around good transaction